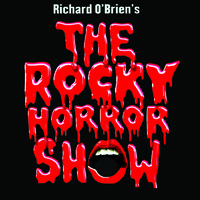 Most people are familiar with the film version of the story (The Rocky Horror Picture Show) which became a worldwide phenomenon through midnight movie showings, but El Paso has only once before been treated to The Rocky Horror Show – Live On Stage, when the UTEP Dinner Theatre premiered the show back in 2005 in a run that sold out every performance (including 7 added shows). When their car breaks down, sweethearts Brad and Janet find themselves at the castle of Dr. Frank-N-Furter (a sweet transvestite from the planet transsexual) who is performing diabolical experiments trying to create the perfect man. Mayhem ensues and every cliché from 1950’s Science Fiction movies is sent up, bent and twisted right up to the gloriously tacky finale. Come join that “sweet transvestite” and his motley crew as they do the “time warp” on the Dinner Theatre stage. Mature Subject Matter.