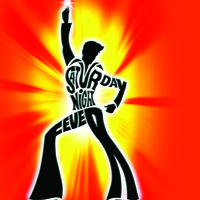 Music and Lyrics by:  The Bee Gees

Saturday Night Fever, the Broadway and West End smash hit, is an energetic musical based on Nik Cohn’s 1975 New York Magazine article “Tribal Rites of the New Saturday Night” and Norman Wexler’s 1977 film, featuring music by the Bee Gees. This musical adaptation of the classic film is the story of a talented, streetwise kid from Brooklyn who attempts to escape his dead-end life through dancing. Saturday Night Fever includes an “all hit” disco-era score featuring all your favorites by the Bee Gees such as “Stayin’ Alive”, “Night Fever” and “More Than a Woman,” along with many other disco era classics featured in the original film.

Please Visit Our Website at www.utep.edu/udt for Ticket Prices and Directions