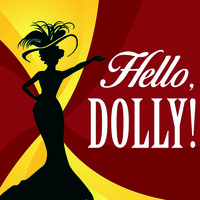 Hello Dolly! bursts with humor, romance  and some of the greatest songs in musical theatre history from composer Jerry Herman. The original production starred a succession of Broadways greatest leading ladies including Pearl Bailey, Ethel Merman, Mary Martin and of course, the original Dolly, Carol Channing and was recently revived on Broadway with Bette Midler descending the famous staircase.  The comic exploits of Dolly Gallagher-Levi, turn-of-the-century matchmaker and “woman who arranges things,” are certain to thrill and entertain audiences again and again.  The show’s memorable songs include Put on Your Sunday Clothes, Before the Parade Passes By and It Only Takes a Moment.

For Ticket Prices Please Visit our Website at: www.utep.edu/udt