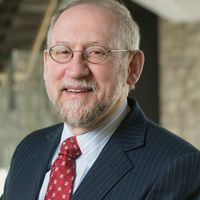 Paul Finkelman, the president of Gratz College in Philadelphia, will be the guest speaker at a Centennial Lecture at 4 p.m. Monday, Sept. 16 at the Undergraduate Learning Center, Room 106.

Finkelman's lecture is titled, “Is It Time to Abolish the Electoral College?”

The lecture is free and open to the public.

Paul Finkelman is the President of Gratz College in Greater Philadelphia. Gratz is the oldest Jewish liberal arts college in the United States. At the time of his appointment to Gratz, Finkelman held the Fulbright Chair in Human Rights and Social Justice at the University of Ottawa and was also the John E. Murray Visiting Professor at the University of Pittsburgh School of Law. He received his B.A. in American Studies from Syracuse University in 1971 and his Ph.D. in history from the University of Chicago in 1976. He was later a Fellow in Law and Humanities at Harvard Law School.

He has held a number of chairs in history and law including the John Hope Franklin Chair in American Legal History at Duke Law School, the Ariel F. Sallows Chair in Human Rights Law at the University of Saskatchewan, and the President William McKinley Distinguished Chair at Albany Law School. He has published more than 100 law review articles and more than 100 other scholarly articles and book chapters. He is the author or editor of more than 50 books. His most recent book, “Supreme Injustice: Slavery in the Nation’s Highest Court,” was published by Harvard University Press in 2018.

He has published in a wide variety of areas including American legal history, U.S. Constitutional law, American slavery, the First Amendment, religious liberty, the history of the Second Amendment, American Jewish history, civil rights, the American Civil War, baseball and law. He has lectured on these issues at the United Nations, the National Archives, the Library of Congress, throughout the United States, and in more than a dozen countries, including Canada, China, France, Germany, Israel, Japan and the United Kingdom.

His work has been cited in five decisions by the U.S. Supreme Court. Justice Ruth Bader Ginsburg quoted his scholarship on the original meaning of the 14th Amendment in her opinion in Timbs v. Indiana in 2019. Numerous other state and federal courts have also quoted and cited his work. When he left full-time law school teaching, he was ranked as the fifth most cited legal historian in American legal scholarship in Brian Leiter’s “Top Ten Law Faculty Scholarly Impact.” He was an expert witness in the famous Alabama Ten Commandments Monument Case (Glassroth v. Moore) and in the lawsuit over the ownership of Barry Bonds’ 73rd home-run ball (Popov v. Hayashi).

Excellent presentation. But hardly any students present. Most left before the end and the opportunity to ask questions.