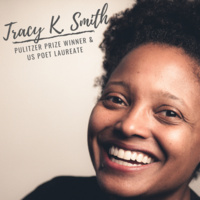 An Evening of Poetry with Tracy K. Smith

UTEP is proud to announce that the Pulitzer Prize winning, 22nd Poet Laureate of the United States, Tracy K. Smith will be on campus for an evening of Poetry.

Tracy K. Smith will be reading from her novel, Wade in the Water. With a special Spanish translation from our very own Andrea Cote Botero.

In 2017, Tracy K. Smith was appointed the 22nd United States Poet Laureate. She is the author of the critically acclaimed memoir Ordinary Light (Knopf, 2015) and four books of poetry, including her most recent Wade in the Water (Graywolf, 2018). Her collection Life on Mars won the 2012 Pulitzer Prize and was selected as a New York Times Notable Book. Duende won the 2006 James Laughlin Award from the Academy of American Poets and an Essence Literary Award. The Body’s Question was the winner of the 2002 Cave Canem Poetry Prize. Smith was the recipient of a Rona Jaffe Writers Award in 2004 and a Whiting Award in 2005. In 2014 the Academy of American Poets awarded Smith with the Academy Fellowship, awarded to one poet each year to recognize distinguished poetic achievement. She is the Roger S. Berlind ’52 Professor in the Humanities, and Director of the Creative Writing Program at Princeton University.

Thursday January 30th at 6:30 PM in the Tomas Rivera Conference Center, UTEP Union Building East Room 308. After the reading, there will be a Q&A moderated by Professor Sasha Pimentel. There will be copies of Smith’s poetry collections available for purchase.